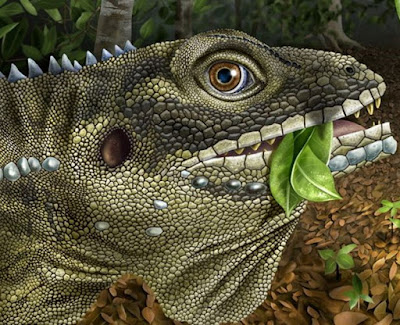 Tropical pitcher plants are the kings of the carnivore plants in the world. They are the only carnivore plants that can grow to large sizes big enough to swallow large insects to large rodents. Tropical pitcher plants are native to the old tropics, occurring around Indonesia, Malaysia, Brunei, and Sumatra. There are more than 150 different species of tropical pitcher plants and each one displays mother natures dark side of revenge against small mammals & insects. The biggest tropical pitcher plant up to date is “Nepenthes Rajah”. Nepenthes means a plant of a genus that comprises the Old World pitcher plants.
Although these plants are beautiful and create some of the most amazing looking flowers that are completely harmless, the fact that the flower was created because of all the nutrients it captured from the prey it devoured is frightening. To grow one of these king carnivore plants in your own backyard means to set up a death trap for any small critters nearby. In Lakeland Florida, the Nepenthes Miranda species is known for capturing one particular prey far too often than any insect and bugs. Although this prey can potentially escape most of the time, it has been seen on YouTube, books & photography that this prey can indeed drown and become plant dinner if it falls into a big trap which happens far too often in Lakeland Florida.
Anole lizards seem to play a major part in any Nepenthes diet in Lakeland Florida. These lizards are everywhere and have become the main course to a meal plan unaware. It’s truly sad to see that these anole lizards became part of a plants source of protein; they do not seem to get a break at all. Not only do cats feast upon them, birds, large insects, Fish and other reptiles like Frogs & Toads will gobble these lizards up and now we are adding plants as their enemies now?! With over a billion of these lizards in the state of Florida, there are plenty to go around.
So how do they get captured? It is very simple and somewhat different than how the insects get captured. Let’s first explain the difference. Insects fall victim to the Nepenthes pitcher plants for 2 main reasons; because of the plant’s color & because of the plant’s nectar. Nepenthes pitcher plants create colorful leaves and traps that capture the attention of hungry bugs & insects passing by. The leaves resemble delicious fruits and the nectar the plant releases around the traps lip seals the deal and tricks the insects into thinking it is a free meal without a cost. The insect will land on the lip and begin sucking up the nectar from the plant but little do they know that the nectar is drugged. Almost like a human drinking beer or vodka, drink too much and it’s over. The lip of the traps are also slippery, designed so prey could fall inward into the trap when they have become groggy and can no longer hold themselves onto the slippery surface. Once at the bottom, they drown in the pool of digestive juices and then the plant will begin the breakdown the insects’ soft parts and suck it up its glands.
The capture process is similar to anole lizards; The lizards are attracted to the smell of the delicious nectar and begin licking it off the lip but this does not seal the deal as fast as it does with insects. In the state of Florida, it can be very hot during the summer months & it is not always easy for lizards to find drinking water. They become tempted to push their luck by climbing inside the pitchers and make their way to the digestive juices to drink; after all, drinking from a pool of drowned and digested insects is better than not drinking at all. Some lizards hide inside pitcher plants from other predators or find insects still alive inside a pitcher trap and try to capture and eat it. The problem about this is that the lizard will more and likely fall in the liquid and if he is lucky, he can swim and climb his way out but if he can not get out and becomes exhausted from the failed attempts of escape, then he will drown and become dinner. This happens far too often for pitcher plant growers in Florida. Some pitchers can capture more lizards than they could digest, resulting in the trap rotting away.
Insect meals can take about 3 weeks to digest fully while anole lizards can take up to 2-3 months before leaving nothing but lizard bones at the bottom of a pitcher plant trap. A pitcher plant that eats nothing but reptiles can grow into a very large plant and if the plant is getting the humidity, heat & lighting it needs, it can grow some very big traps (depending on the species).
Article Source: http://EzineArticles.com/9775830