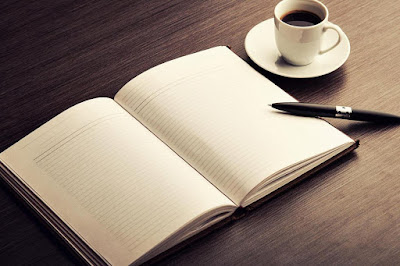 Richard Hannula authored, Trial and Triumph – Stories from Church History initially for his own children, but many others of all ages find it very helpful. Additionally, I see value in these mini-biographies as great writing prompts.
Students learning to write need to remember to:
Use transition words: transition is like a bridge between two sentences or two paragraphs.
Examples: first, next, finally, obviously, certainly, in addition, while, third, first, finally, last, to begin with, to conclude, unfortunately, notwithstanding, equally important, between, similarly, first of all, on the other hand, consequently, soon, again, farther, hence, equally, therefore, although, further, underneath, thus, as though, however, though, accordingly, moreover, instead of, besides, yet, so that, as a result, otherwise
Avoid contractions, abbreviations and overworked words.
All contractions – such as: she’ll, he’d, it’s (Easy solution: she will, he would, it is)
Abbreviations – such as: Sept. o.k. (Easy solution: write the full form)
Dead words such as: get, got, very, nice, you, your, good, just, lots, a lot, well, fine, so, fun, great, every, the end, (Easy solution: substitute with more descriptive language)
Slang: awesome, cool, fine, totally, rad, raspy (Easy solution: substitute with more descriptive language)
Many writing handbooks have lists of words that replace “dead” words with more descriptive words. I found mine in a book that I have had for many years. My internet search did not find Mitzi Merrill in From the Paragraph to Essay, 1988. Every student should have such a book for reference.
William Carey – Father of Modern Missions – 1761-1834
William Carey, a poor cobbler, sat in his workroom making, not shoes, but a leather globe of the world. With his huge hand drawn world map on the wall and the globe, he prayed for the heathen around the world. He made enough shoes to pay his expenses, but much of the time he preached to people who lived nearby. In spite of this opportunity and the many who believed in Christ, he longed for those around the world to be saved. He lived in a time where many of the churches believed that if God wanted them to be saved, He would do it without Carey’s help or anyone else’s. Later, Carey began attending a minister’s meeting. At the first one, he encouraged the churches to send missionaries. They scoffed at his idea and did nothing. Then in 1791, Carey presented an 87 page paper, An Inquiry Into the Obligation of Christians to Use Means for the Conversion of the Heathen. Again at the next meeting, he preached with great passion, “Expect great things from God; attempt great things for God.” Even with the deep moving message, the pastors again held back in fear. William took Andrew Fuller by the arm and pleaded, “Is there nothing again going to be done, sir?” Moved, Fuller spoke passionately to the men who reconsidered and began the progress. One year later, John Thomas and William Carey set sail to India where they began ministering to the Hindi. Six years later two English missionaries, Joshua Marshman and William Ward joined the team in India. God used these men to bring countless people from India to a saving knowledge of Jesus Christ. As a result, other churches formed missionary societies and began to send out missionaries. On his deathbed at the age of 72, Carey feebly said, “… when I am gone, say nothing about William Carey. Speak about William Carey’s Savior.”
John Paton – Witness to the Cannibals – 1824-1907
After three years of preaching on Tanna of the New Hebrides, John Paton left because of the danger. These people were cannibals. His wife and firstborn had died in childbirth and even then he had persevered. Then it was time to leave, but after a year, he came back having recruited coworkers. This time he went to the people of Aniwa. They thought he was crazy, especially after a long time of preaching and finally, John dug a well. These unbelieving people had never seen “rain” come from the ground, but when fresh water bubbled up from that well, the Chief asked to preach the next Sunday. Many people of Aniwa heard the Chief testify to his belief in Jehovah God, the God of Missi, as John Paton was called. Nearly all of these people came to Christ. Later, other missionaries went to the South Pacific Islands to preach and many believed. Generations of John Paton’s family now serve in South Pacific Islands as missionaries.
Amy Carmichael – Mother to Outcast Children- 1867-1951
As a young child, Amy learned much from her parents regarding her God. She learned to pray; her heart’s desire was to have blue eyes instead of brown. God did not give her blue eyes. Later in life she realized why God had given her brown eyes. In his sovereignty, God sent her to work with women in South India. In that country Hinduism and its caste system makes it difficult to live as we do. Amy’s brown eyes helped her as she worked with these people who all had brown eyes. Those “breaking caste” by becoming Christians or even working in another field than their family, were in grave danger. Carmichael raised children and testified of God’s grace for fifty years. Many books telling of her children remain long after her death at the age of 83. God used Amy Carmichael mightily!
Maggie Dail offers online services through the Center for Neuro Development and Family Academy Online. She and her husband, Ronnie, make their home in Bartlesville, Oklahoma. The Center is affiliated with Academy Northwest and Family Academy. They home schooled two foster sons and have worked with home schooling families for over 20 years. Maggie earned her M.A. in Special Education in 1989 and has taught for nearly 40 years.
Homeschool and neurodevelopmental assessments, brain training and other services – by Skype / Phone / E-mail – http://www.centerforneurodevelopment.com
Academy Northwest is a state approved private extension program for homeschoolers and accredited by the Northwest Accreditation Commission. Family Academy offers online parent courses: Able to Teach and Overcoming Learning Challenges
Article Source: http://EzineArticles.com/9063658